Hawaiʻi International Film Festival (HIFF) is the premiere showcase for established and emerging filmmakers in contemporary Asian, Pacific, and North American cinema. HIFF is the focus for emerging works from the Pacific Rim and an incubator for Native Hawaiian films and indigenous Pacific filmmakers in any genre, including feature films, documentaries, short films, series, and Hawai’i-themed films.

HIFF serves as an entertaining event for the casual viewer and ardent film lovers, as well as a creative hub for filmmakers. In addition to film screenings, the Festival schedule includes panels and seminars, such as the annual Sound x Vision seminar examining music in film, and discussion opportunities for local filmmakers and content creators.

Through the diverse films presented each year, HIFF seeks to enrich, enlighten, and broaden support for Asian and Pacific films and Hawaii’s multi-cultural audience. 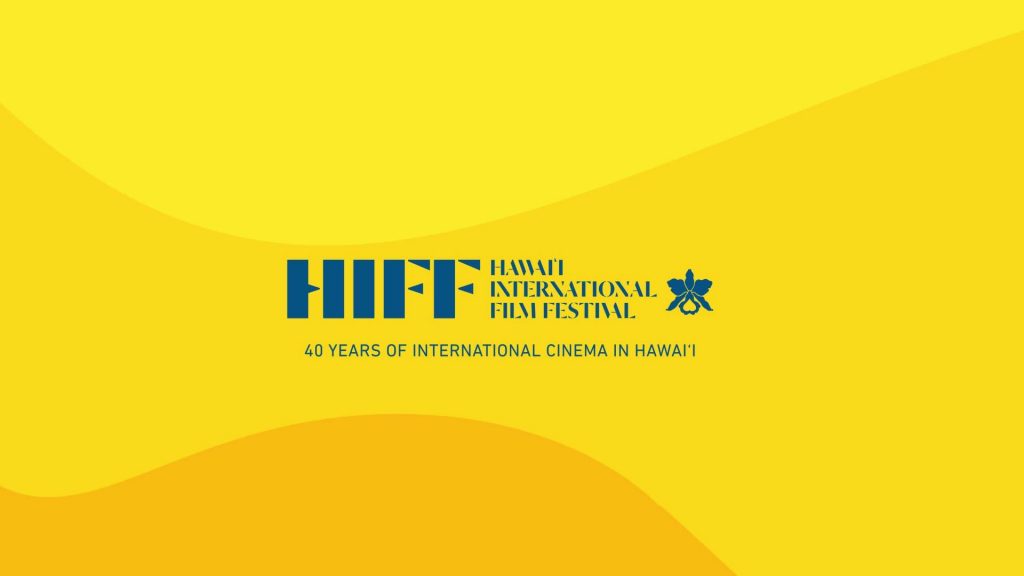 HIFF started as a project of the East-West Center at the University of Hawai’i Manoa campus in Honolulu. In 1981, HIFF’s inaugural year, the program consisted of seven films from six countries which were viewed by an audience of 5,000.

Since that first year, HIFF has become a premiere cinematic event, now attracting more than 50,000 film enthusiasts from around the state, the nation, and throughout the world. It is one of the premier film festivals in the United States and the only festival spread across an archipelago. To date, more than 1.4 million people from throughout the world have shared HIFF film screenings and insights.

The Festival has premiered the screening of many acclaimed films, including Brokeback Mountain, Carol, Departures, Jojo Rabbit, Minari, Moonlight, Parasite, Roma, Shoplifters, The Host, The Imitation Game, and many more.

In addition, HIFF Education reaches more than 2,000 students across Hawai’i through year-round K – 12 programs. In partnership with HIFF,  The Daniel K. Inouye Institute conducts a student short film contest to encourage creative exploration by youth under the age of 18. HIFF presents the works of student finalists in a special film showcase. The young and aspiring filmmakers also have the opportunity to engage with film industry leaders during the Festival. More info: HIFF | Daniel K. Inouye Institute (dkii.org)

The sister festival of HIFF, Shanghai International Film Festival (SIFF), along with Shanghai Media and Entertainment Group (SMEG) participates in a cultural exchange program with students from Shanghai University visiting the HIFF Festival and the University of Hawai’i Academy for Creative Media.

As in 2020, this year’s 41st Annual Hawaiʻi International Film Festival will be a hybrid event. Screenings, events, Q&As, and talks, will take place in (limited) theaters, as well as outdoors, virtually, and streaming online across the U.S.

Where: In-person in Honolulu, HI and online nationwide.

HIFF Tickets & Passes: 2021 prices were not announced last time we checked–we’ll update closer to the festival, or check their website.