You are here: Home / Seasonal / Where to find Halloween carving pumpkins in Hawaiʻi
← Halloween events and things to do across the Hawaiian Islands
Fun, cheap, and easy ideas for Halloween costumes →

Listed below are places selling Halloween carving pumpkins in Hawaiʻi, including farms and grocery stores. You can buy a pumpkin at least a month before you carve it, if you store in the refrigerator, or some other place that’s cool and dry (preferably below 60F). We include some history about why we carve pumpkins for Halloween and plenty of pumpkin carving ideas. 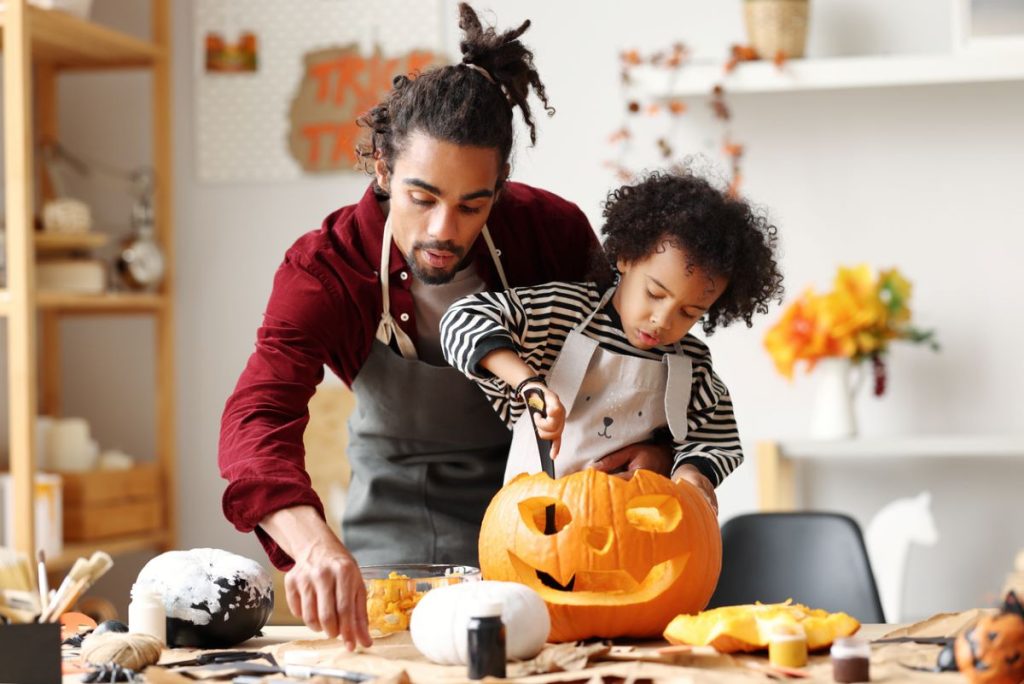 Carving pumpkin is a Halloween tradition for many families. Photo by evgenyatamanenko via iStockphotos by Getty Images

We found the history of Halloween pumpkins, also known as “jack-o-lanterns” in an Irish folktale about a man named Stingy Jack. As the story goes, Jack was a drunkard and grifter who managed to cheat the Devil himself, not once but twice. Depending on who is telling the story, there can be other details about coins, trees, and crosses, but they’re not important to our story about the origin of Halloween pumpkins. When Jack finally died, quite understandably, he was barred him from entering heaven or—no surprise—also from hell (his bargains with the Devil kinda backfired). Instead, Jack was a hot ember and sent on his way. He placed the ember into a carved-out turnip and wanders earth to this day, with no final place to rest. Since then, “Jack-o’-lantern” has been used to describe any strange light over bogs, swamps, or marshes. In many tales, such a light typically recedes if approached, drawing people from a safe path to some unfortunate end.

In English folklore, the concept is known as a “will-o’-the-wisp.” The term comes from a bundle of sticks or paper—a “wisp” sometimes used as a quick way to light up the dark. In English tales, the subject of the same dark tale is often someone named Jack or “Will” (William) leading to the phrase “Will-of-the-torch”. In either case, these protagonists are doomed to haunt dark places with a beckoning light. People made “Jack’s lanterns” by carving scary faces into turnips, potatoes, or beets to place on windowsills or in doorways to frighten away evil spirits. This tradition was brought by immigrants to America, who found that native pumpkins were easy to carve and make the most splendid jack-o’-lanterns.

How to carve a pumpkin

Here are some simple instructions for carving a jack-o-lantern. We also provide links to many different jack-o-lantern templates.

Carved pumpkins only last 3 days—MAYBE up to a week, if they don’t get wet and stay relatively cool and dry. To make it last longer, try these tips: 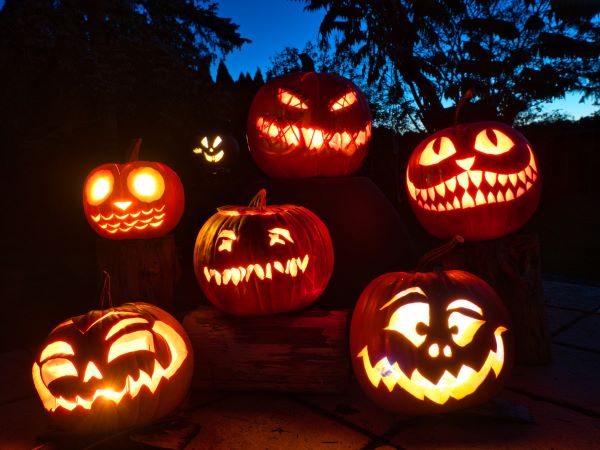 Can I eat pumpkins I’ve used for decoration?

Pumpkins grown for carving generally have thin walls and stringy fibers. What little flesh there is tastes bland. So, while they’re safe for consumption, they are not particularly good for eating.

For soups and stews, winter squash with wonderful pumpkin-y flavor include butternut, kabocha, red Kuri, and Hubbard. Some varieties are best roasted and/or stuffed, including acorn, carnival, delicata, and spaghetti squash. For pies, most cooks recommend sugar pumpkins.

By the time Halloween has passed, a carved pumpkin often grows moldy in warm, humid Hawaiʻi weather. If you can, put your jack-o-lantern in a compost pile. (Yes, it’s okay to compost moldy food.)

Where to find Halloween carving pumpkins in Hawaiʻi

Farmers markets exist on every island in the Hawaiian pae ʻāina and can be a great place to find winter squash. However, you won’t find locally grown carving pumpkins since the varieties used for Halloween jack-o-lanterns don’t grow in warmer climates such as California and Hawai’i. However, you will find delicious greenish gray kabocha squashes that are delicious for eating.

But there are a few places that grow pumpkins and squash that are fun to visit in October for some Halloween fun and pumpkin hunting. 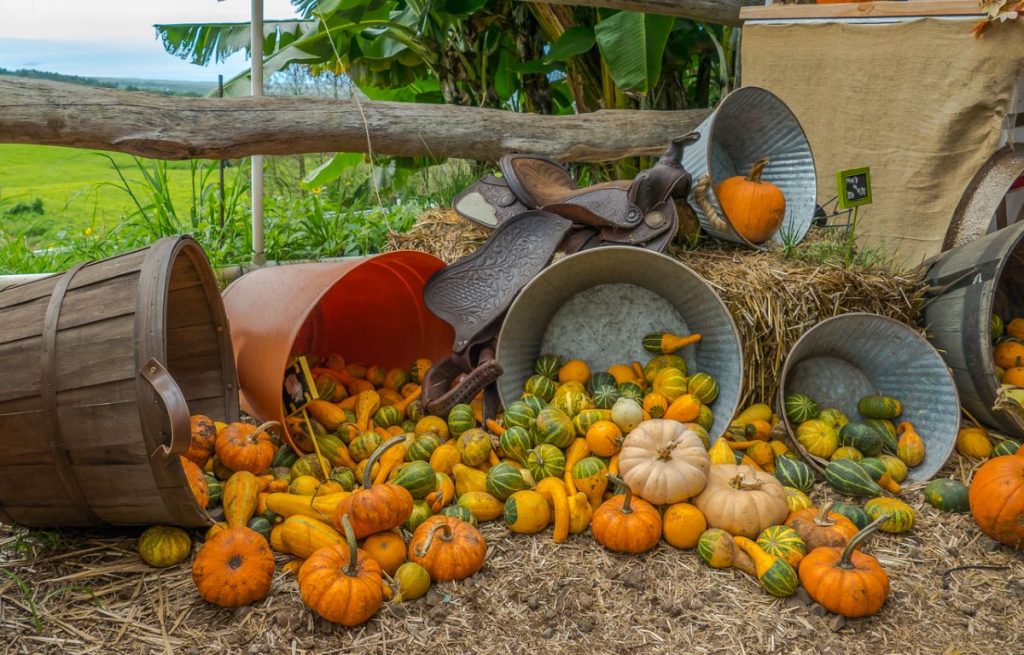 Mini pumpkins and squash in Kula, Maui photo by JeannaThacker via iStockphotos by Getty Images