You are here: Home / Events / 2022 King Kamehameha Day events across all islands

Kamehameha united all of the Hawaiian Islands in 1810, establishing the Kingdom of Hawaiʻi. King Kamehameha I ruled as Hawaii’s first king until his death in 1819. The Kamehameha Dynasty continued through four more monarchs, ending with King Kamehameha V (Lot Kapuāiwa). Lot was succeeded by Lunalio, grand-nephew of Kamehameha I and the first elected King of the Hawaiian Kingdom. Two more monarchs followed, King David Kalākaua and Queen Liliʻuokalani before the illegal overthrow of the sovereign nation in 1893.

Listed below is some history about the first Hawaiian king, and historic sites and statues you can visit today. Kamehameha the Great is especially honored every June 11, and we offer a calendar of King Kamehameha Day events at that time of year. 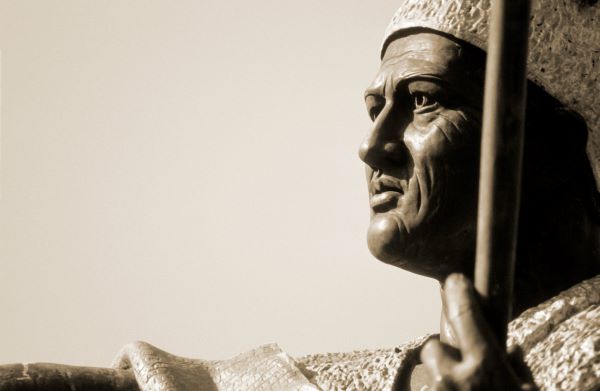 Closeup of King Kamehameha I statue in Honolulu, Hawaiʻi photo by tropicalpixsingapore via iStock by Getty Images

Brief history of the life of Kamehameha the Great

Born sometime between 1736-1761, Kamehameha’s birth is shrouded in mystery. Hawaiian legends prophesied his birth and becoming the ruler of all Hawaiian Islands. His mother was Hawaiian Chiefess Keku‘iapoiwa II (daughter of High Chief Haʻae of Hawaiʻi Island). His father is believed to be High Chief Keōua of Maui. One legend places his birth in November 1758 as Halley’s Comet streaked across the Hawaiian skies.

Named Kalani Paiʻea Wohi o Kaleikini Kealiʻikui Kamehameha o ʻIolani i Kaiwikapu kauʻi Ka Liholiho Kūnuiākea, as a young boy he was known simply as Paiʻea. Amidst ongoing wars between the chiefs of Hawaiʻi Island and Maui, Paiʻea was hidden as a child to avoid execution by an enemy. He was trained by his uncle King Kalani’opu’u, then ruler of Hawaiʻi Island.

Later in life, Paiʻea came out of hiding and was renamed Kamehameha, which can be translated from Hawaiian as “The One Set Apart” or “The Lonely One”.  We think the first meaning makes the most sense as there had never been anyone like him before, or since.

In 1778, Kamehameha was with his uncle when they first met English explorer James Cook aboard his ship, the HMS Resolution. Kamehameha was also involved in the conflict that ended Cook’s life in 1779. It is a convoluted story involving suspicions and accusations, stolen tools and longboats, attempted kidnapping, and skirmishes between Cook’s crew and Hawaiians. 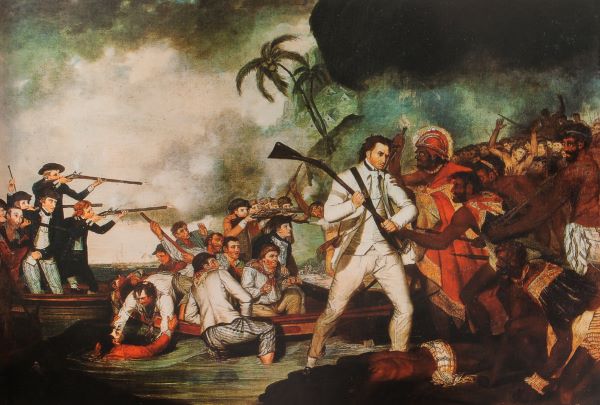 European history depicts Cook as a peacemaker, Hawaiians as a violent man. Regardless, Cook’s voyages also introduced gonorrhea, syphilis, and other diseases that ultimately decimated the Native Hawaiian population.

A formidable warrior, Kamehameha also honed his negotiation skills with the foreigners plying Hawaiian waters in increasing numbers. His proficiency as a fighter and a diplomat led to his uniting the Hawaiian Kingdom.

Today, you can visit several sites significant to Kamehameha the Great on Hawaiʻi Island:

Kamehameha’s personal heiau, ‘Ahu’ena Heiau at Kamakahonu, his personal residence in Kailua-Kona on the Big Island – photo by Merrilee Holmes via iStock by Getty Images

Listed below are the locations of statues of Kamehameha the Great throughout the Hawaiian Islands. Every June 11 on King Kamehameha Day, dozens of lei are draped on these statues to honor the Hawaiian Kingdom’s first king.

Two more statues of Kamehameha the Great are located in Las Vegas, NV and Washington, D.C.

Established by King Kamehameha V (Prince Lot) in 1871, King Kamehameha Day was first celebrated on June 11, 1872. The day was marked by grand festivities on every island. Following the overthrow of the Kingdom of Hawai‘i in 1893, the holiday continued to be recognized but in a more subdued manner. In 1904, Prince Kūhiō re-established the festive celebration of Kamehameha Day.

Today, there are lei draping ceremonies, parades, and other events across the Hawaiian Islands. Find a calendar of King Kamehameha Day events below across five Hawaiian islands.

Listed below are events on our calendar celebrating King Kamehameha Day every June as established by King Kamehameha V (Prince Lot) in 1871. Festivities include King Kamehameha statue lei drapings on several islands, plus parades, festivals, and other events.