Marine Corps Base Hawaiʻi (MCBH) is excited to open their gates to Oahu’s resident community and island visitors for the Kāneʻohe Bay (K-Bay) Air Show and MCBH Open House in August. Headlining the K-Bay air show is the U.S. Navy’s premier aerobatic flight demonstration team, the Blue Angels along with several other exciting aerobatic performers, as well as land-based displays and activities, including live music and food. Best of all, the event is free and open to the public. Expect a full day of family fun!

The purpose of air show and open house is for MCBH service members and their families to connect the local community and express how much they appreciate the opportunity to live and work in Hawaiʻi. The team of military members and civilian employees are dedicated to protecting not only our country, but also our environmental, historical, and cultural resources.

The MCBH open house is a wonderful opportunity for the community to spend time at the installation and gain a better understanding of what they do as part of the nation’s premier crisis response force. The event is one of the largest in Hawaiʻi, historically welcoming well over 100,000 spectators. 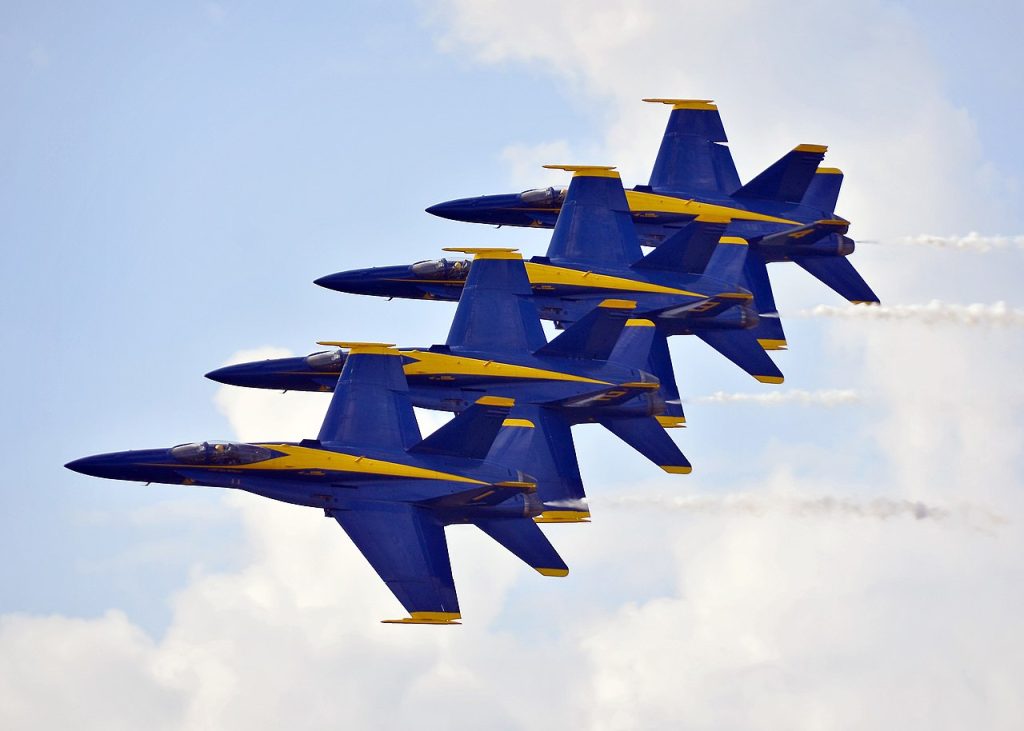 About Marine Corps Base Hawaiʻi

Since the first permanent garrison of Marines established itself in Hawaiʻi in 1904, the Marine Corps has proudly maintained a presence on the island of Oahu. The mission of MCBH is to provide forward-based training, facilities, and support.

Today, MCBH provides a broad range of functions and facilities on one of the farthest extensions of American soil, producing readiness, promoting resiliency, protecting resources, and projecting power into the Indo-Asia Pacific region and beyond. Home to almost 10,000 Marines, sailors, and over 6,000 family members, MCBH continues to play a significant role in Hawaiʻi.

The Blue Angels were formed in 1946 at the end of World War II. Chief of Naval Operations at the time, Admiral Chester Nimitz (namesake of Nimitz Highway in Honolulu) had the vision to create a flight exhibition team to raise the public’s interest in naval aviation as well as boost Navy morale. Later that year, Flight Lead Capt. Butch Voris and Right-Wing Pilot Lt. Maurice “Wick” Wickendoll came across the “Blue Angel” nightclub in the New Yorker Magazine. The pair decided it was the perfect name for their team, and the rest, as they say, is history.

The mission of the Blue Angels has always been to showcase the teamwork and professionalism of the United States Navy and Marine Corps through flight demonstrations and community outreach while inspiring a culture of excellence and service to the country. By 1990, the team flew their 3,000th air show. Since their beginning, the Blue Angels have performed for nearly 500 million fans and continues to amaze airshow spectators worldwide. 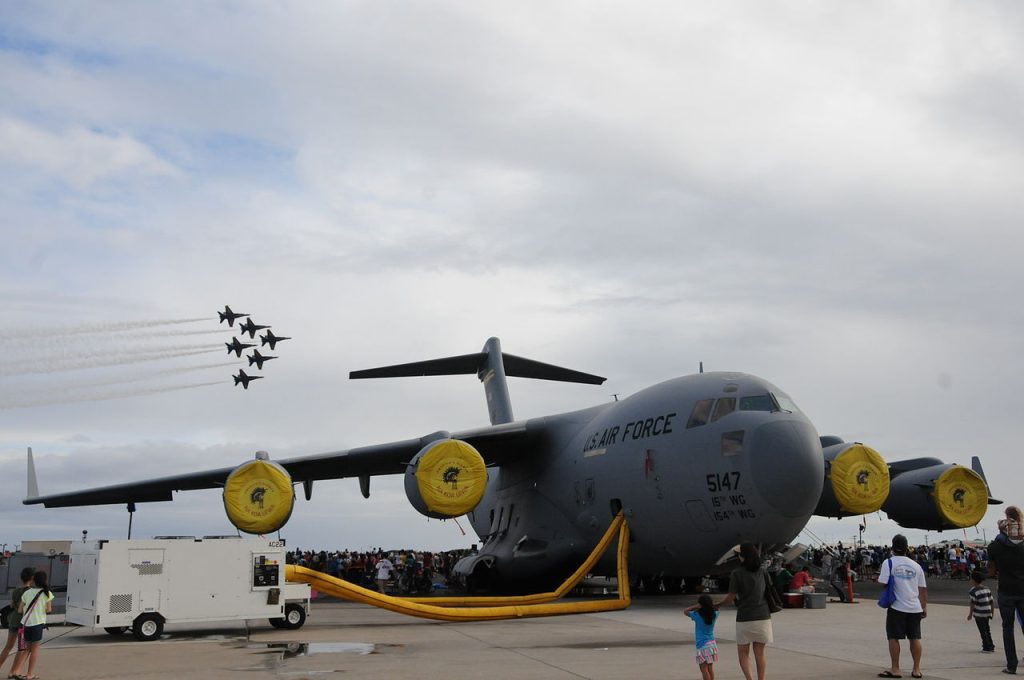 In addition to the show overhead, there will also be exciting military and civilian expos and demonstrations on the ground. Enjoy land-based displays of vintage and modern aircraft, a car show, an exhibitor expo, a keiki STEM Zone, live music, and ‘ono food booths.

Powered by Hawaiian Electric, the STEM zone will feature an interactive exhibit area with over 15 unique exhibitors, including universities, clubs, museums, roboticists, and more. The displays in the STEM Zone are designed to inspire and empower school-age children with hands-on learning featuring real-world skillsets.

While the event is free and open to the public, spectators can enhance their experience with a paid ticket that offers the best view of the air show.

Mark your calendar to come and watch Hawaii’s largest event this year in the breathtaking surroundings of Kāneʻohe Bay. Marine Corps Base Hawaiʻi (MCBH) is on Mōkapu Peninsula between Kāne‘ohe Bay and Kailua Bay, about 12 miles northeast of Honolulu. MCBH is opening its gates to our local community for the return of the U.S. Navy’s premier aerobatic flight demonstration team, the Blue Angels, along with several other stunning aerobatic performances soaring over the windward shore of Oʻahu with the Koʻolau Mountains as a backdrop. The air show performances should be visible from almost anywhere in Kāne‘ohe.