You are here: Home / Attractions & Museums / 14 points of interest in Waikīkī are a fascinating self-guided walking tour
← History of Pu‘uloa and visiting Pearl Harbor today
Beyond Van Gogh: art exhibit in Honolulu →

Among the high rises in the famous Waikīkī tourist mecca, there is much fascinating Hawaiian history to uncover about the once royal and rural area. Use the following list of tour stops, all located on Kalākaua Avenue for a self-guided tour.

At each tour stop, you will be directed to statues, historic sites, and other points of interest that can enhance your knowledge of Hawai’i and the history of the area. The list is followed by a Google map of the tour stops on this walking tour through the bustling neighborhood.

Begin your tour at the intersection of Kalākaua and Kapahulu Avenues, at the edge of Kapi’olani Park. 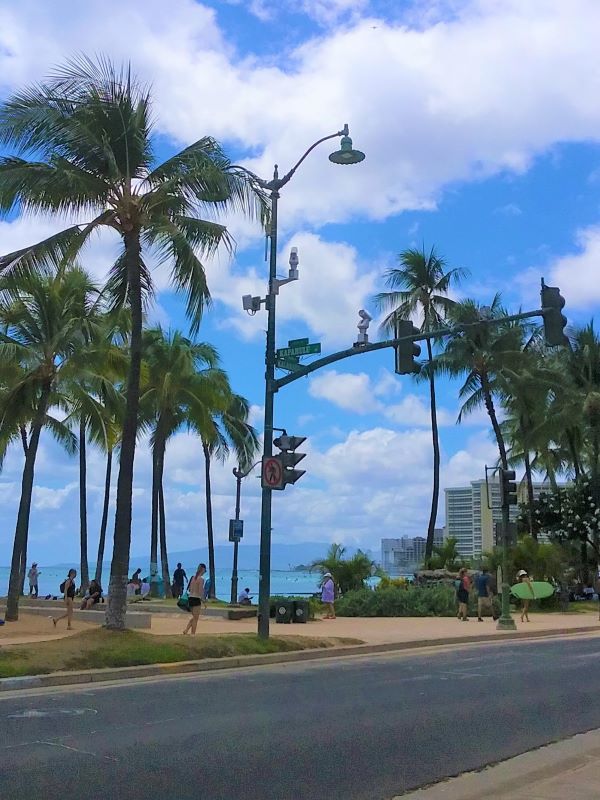 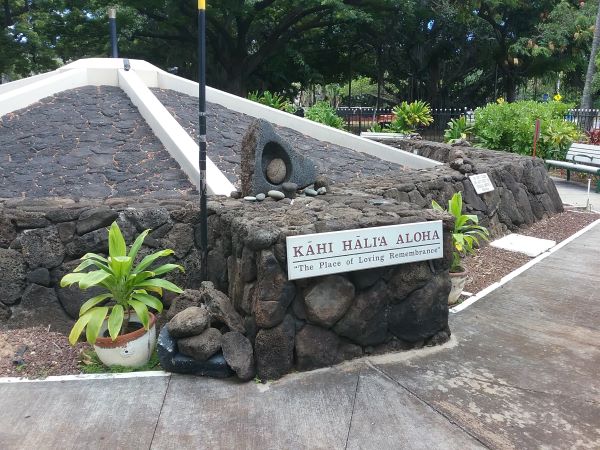 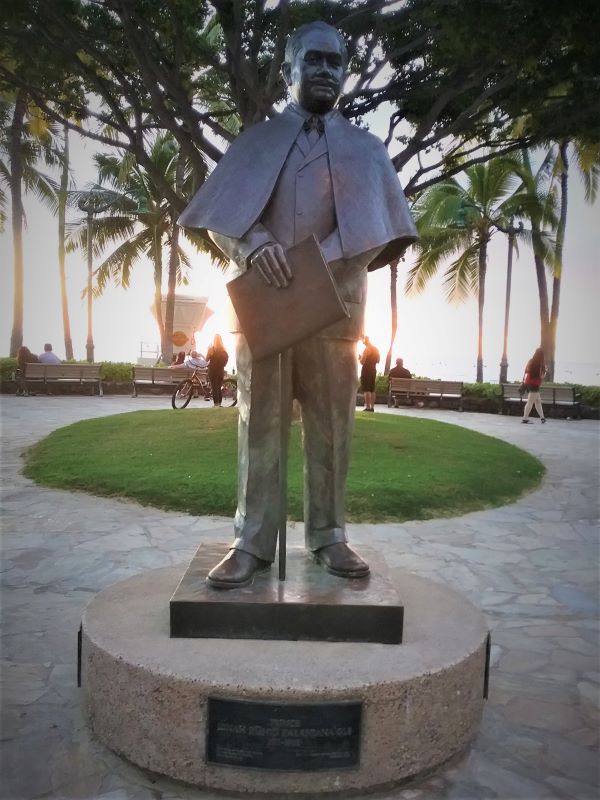 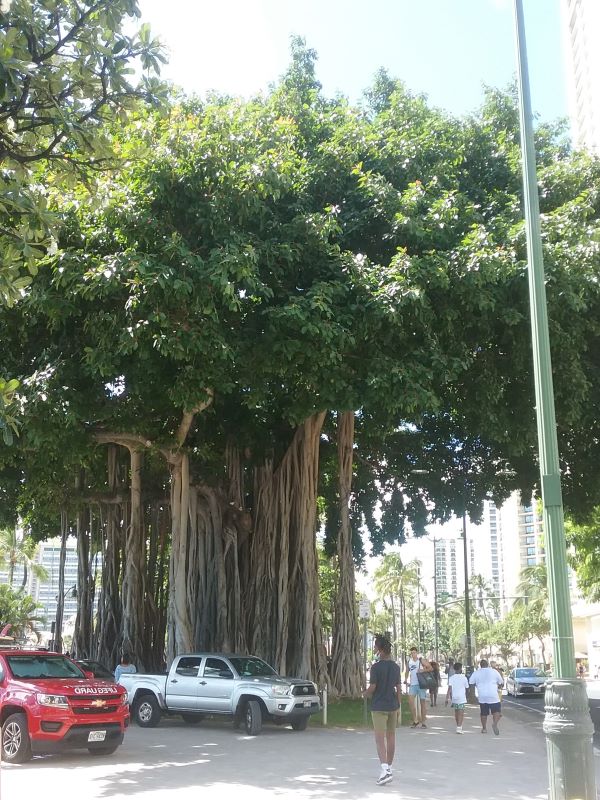 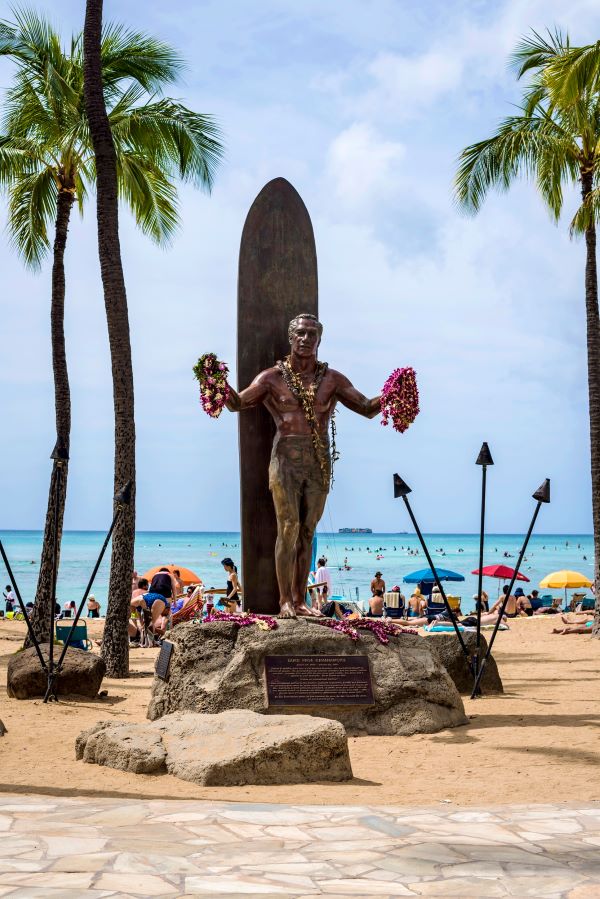 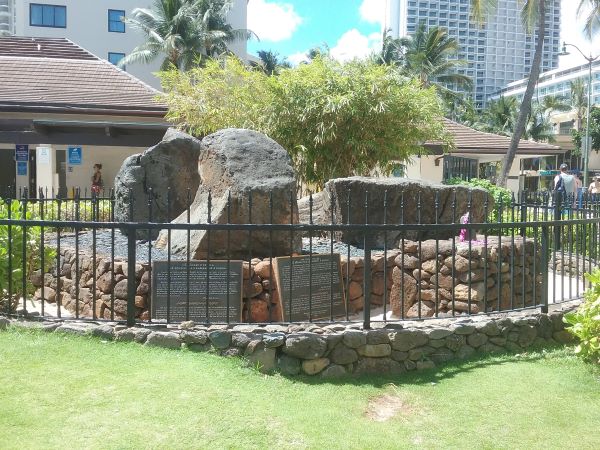 Healing Stones of Kapaemahu in Waikiki – 2021 photo by Carole Cancler 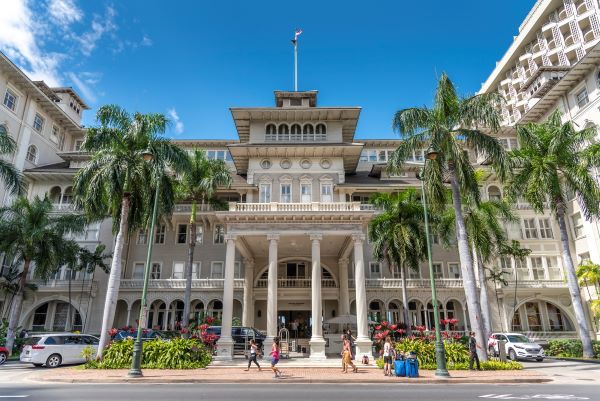 The Moana Surfrider (pictured in 2019) opened as the Moana Hotel in 1901 and is Waikīkī’s oldest hotel – DepsoitPhotos.com 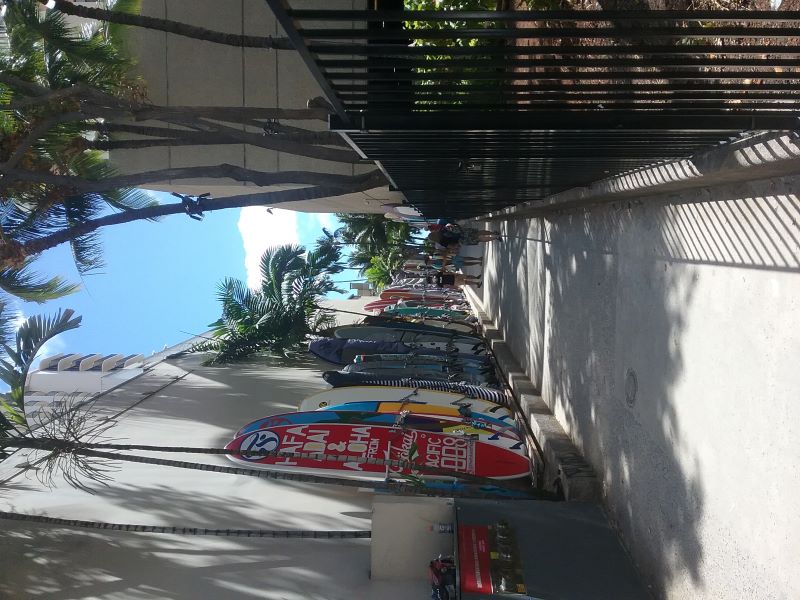 A few steps from Seaside Avenue, youʻll find a grove in the middle of the bustling Royal Hawaiian Shopping Center. Looking at this, you’d never guess you are just steps from Kalākaua Avenue, the main thoroughfare through Waikīkī – 2021 photo by Carole Cancler

That completes your walking tour of Waikīkī and several hundred years of Hawaiian history. Hopefully, your visit to this island paradise by knowing a little bit about those who came before and what they did here.

The following Google map lists each tour stop along Kalākaua Avenue and can be used to enhance your self-guided walking tour of the Waikīkī.