Other places in the world celebrate iconic local food, such as garlic, onions, pickles, oysters, mussels, lutefisk, and more. The annual Waikīkī SPAM JAM street festival is Hawaiʻi’s answer to an iconic food festival. Introduced in 1937 by Hormel Foods, more SPAM® is consumed per person in Hawaiʻi than in any other state in the U.S. Almost seven million cans of SPAM are eaten every year in Hawaii.

SPAM is a shelf-stable canned meat product. The original SPAM Classic contains pork and ham, salt, water, sugar, potato starch, and sodium nitrite. These ingredients are ground together, filled into the now-iconic 12-ounce square cans, and vacuum sealed. After cooking and cooling, the cans are labeled and off they go. 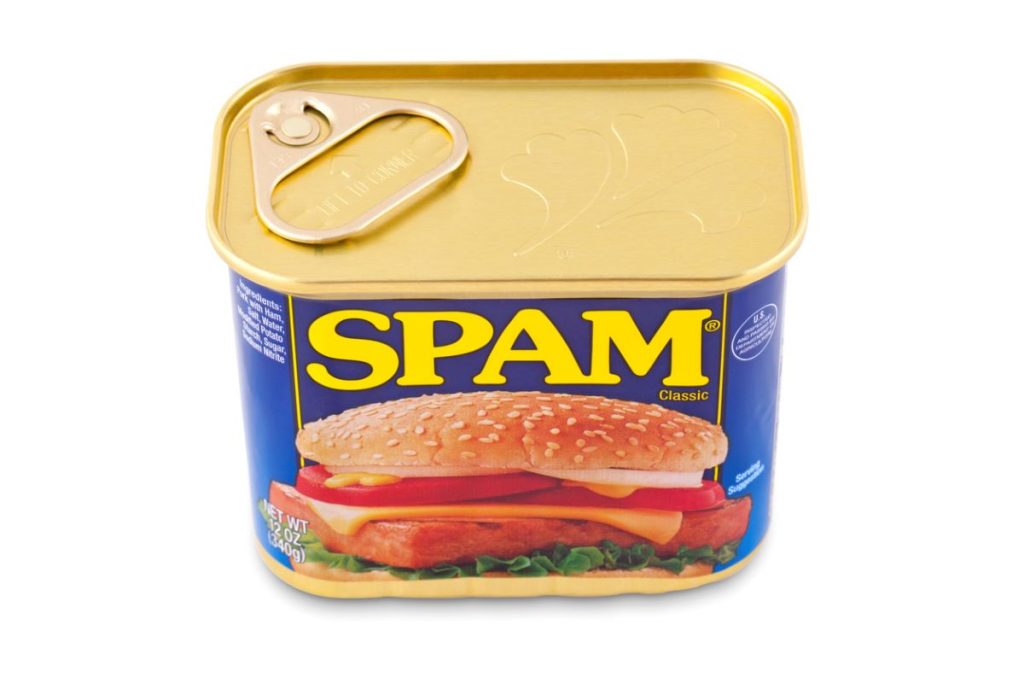 Why does Hawaiʻi love SPAM?

Since the first Europeans arrived, Hawaiians have long been known to adapt and change. Foods and customs brought here were typically re-fashioned into uniquely Hawaiian traditions.

Hawaiian’s love for SPAM began during World War II, when the canned meat was served to American GIs stationed in the Islands. By the end of WWII, SPAM had been adopted into local culture. It’s not hard to see why. The isolated Island Kingdom was well-versed in providing in times of natural and other disasters (such as war). The shelf-stable protein was an easy and logical choice.

SPAM had made its way into Hawaiian cuisine at every level, becoming a fixture for in meals from breakfast to dinner to snacks: SPAM fried rice, SPAM saimin, SPAM musubi, SPAM bento, SPAM banh mi, SPAM quesadilla…and the list goes on. 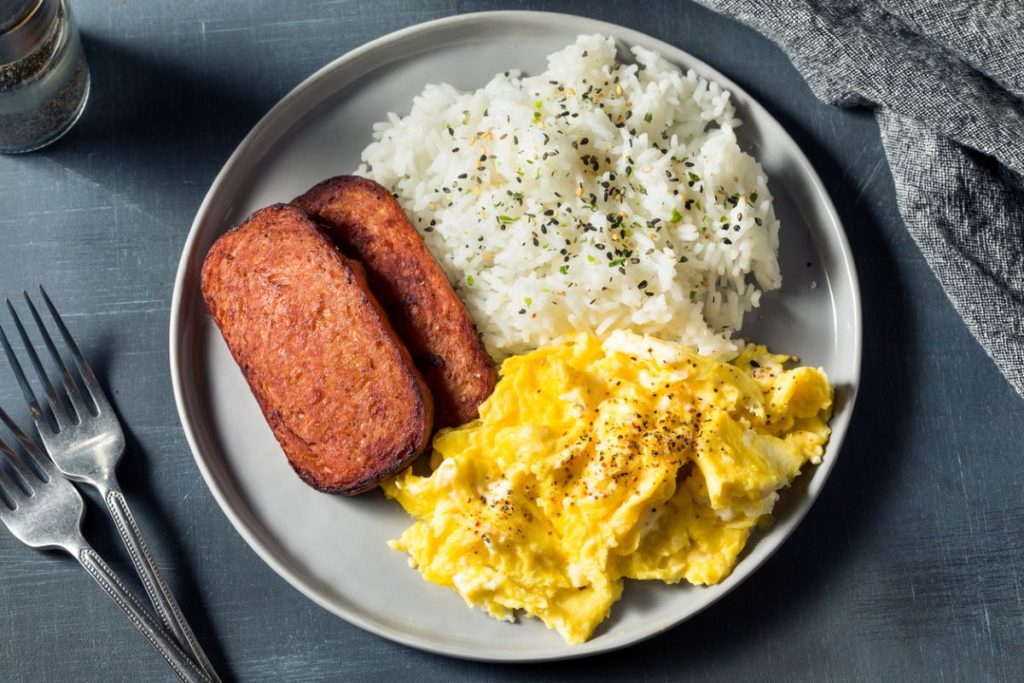 Hawaiian breakfast of SPAM, eggs, and rice photo by bhofack2 via iStock by Getty Images

Local residents and visitors alike flock to the Waikīkī SPAM JAM on Waikīkī’s main drag. During SPAM JAM, Kalākaua Avenue is closed to car traffic and replaced with food, vendors, and entertainment. Admission to the festival is FREE.

Donations of SPAM are collected during Waikīkī SPAM JAM. Look for the volunteer booths collecting donations of SPAM for the Hawaii Food Bank. Please bring a can of SPAM® to donate.

Cost: FREE admission, plus merchandise and food for sale. 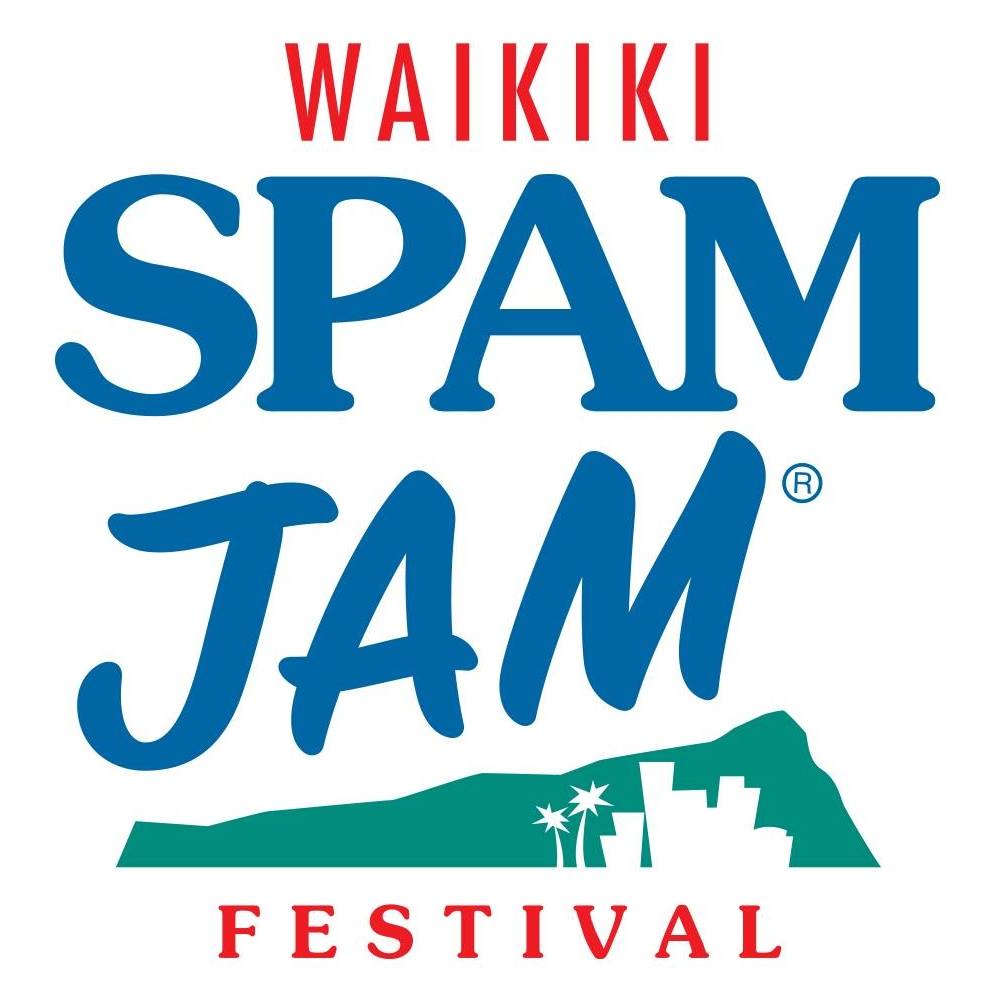 The following parking lots are conveniently located in Waikīkī and typically offer a special rate during Waikīkī SPAM JAM.

The Hawaii Food Bank is the beneficiary of funds raised by the Waikiki SPAM JAM®. Please bring a can of SPAM and other canned goods to the event and look for our Hawaii Food Bank collection tents. With each donation, you will have the opportunity for small gift and raffle prize entry.

The Waikiki SPAM JAM® also provides funding to the Waikiki Community Center and the Visitor Aloha Society of Hawaii each year.