Honolulu Museum of Art (HoMA) is an official #SatelliteScreen partner for the 2021 Sundance Film Festival. As part of this partnership, HoMA presents virtual programs that provide visual and cultural context for film and media in Hawaiʻi.

Also, for the first time in Sundance history, two Hawaiʻi films have been selected for the Festival. Read more about these programs and films below.

The Sundance Institute is a global nonprofit arts organization established by Robert Redford in 1981, to provide a nurturing oasis for independent artists to confidently develop their voice and speak their truth free from commercial pressure. They support a vibrant international community of filmmakers around the world, championing the discovery and development of storytellers whose important stories might otherwise go unnoticed.

During its history, the Sundance Film Festival has introduced global audiences to some of the most groundbreaking films.

In 2021 Sundance Film Festival, the seven-day festival runs January 28 through February 3, 2021. The 2021 programming will be offered digitally via a custom-designed online platform via Screening Partnerships with Independent Cinemas and Cultural Organizations Across the US, including HoMA. All 2021 films in the Sundance program will be available online in the United States, with certain films opting for global availability.

All talks and events program will be available globally, including the “New Frontier” section for XR and emerging media.

As part of SFF21, HoMA—in collaboration with local artists and community partners—presents five virtual programs that celebrate Hawaiʻi Cinema and amplify conversations in our community.

About HoMA and the Doris Duke Theatre

Honolulu Museum of Art holds one of the largest single collections of Asian and Pan-Pacific art in the United States. The collections include paintings, decorative and traditional arts, woodblocks, and textiles.

The museum has more than 50,000 works of art, spanning 5,000 years of history and representing all of Hawaii’s cultures. HoMA also displays works from America, Europe, Africa, and Oceania.

January 30, 1:00 PM – 2:30 PM. BLACK VISUALITY AND SOLIDARITY IN OCEANIA. Presented in collaboration with The Pōpolo Project. How do we visualize Black identity in Hawaiʻi and Oceania? Scholars and artists consider how Oceania opens up new possibilities for visualizing and understanding Black identity beyond the continental U.S. and Atlantic discourse.

February 2, 1:00 PM – 02:30 PM. A VIRTUAL GROUNDING WITH “I WAS A SIMPLE MAN”. Filmmaker Christopher Makoto Yogi premieres a new virtual installation revisiting landscapes from his film “I Was a Simple Man” to create a unique communal experience that explores land and memory while interrogating the artifice of filmmaking.

On-demand Jan 28-Feb 3. (Ticket: All Festival Pass $325) CINEMA, POETRY, AND HEALING IN LAND-BASED ACTIVISM. Indigenous filmmakers, poets, and activists discuss how they use cinema as a means to heal from colonization.

On-demand Jan 28-Feb 3. (Ticket: All Festival Pas $325) THE FOUNDATIONS OF HAWAI’I CINEMA. Presented in collaboration with ʻUluʻulu: The Henry Kuʻualoha Giugni Moving Image Archive of Hawaiʻi. An intergenerational conversation between the early pioneers of Hawaiʻi cinema and contemporary filmmakers addresses the importance of honoring those who came before us and how to navigate cultural protocol when using archival work.

On-demand Jan 28-Feb 3. (Ticket: All Festival Pas $325) NATIVE HAWAIIAN CINEMA: 2021 AND BEYOND. Presented in collaboration with ʻŌiwi TV. An in-depth conversation with contemporary Native Hawaiian filmmakers as they collectively vision the future for Hawaiʻi cinema.

In 2021, HoMA is also thrilled to celebrate a major milestone for Hawaiʻi cinema. For the first time, two Hawaiʻi films have been selected for the Festival:

THIS IS THE WAY WE RISE. A short film directed by Ciara Lacy. Ciara is a native Hawaiian filmmaker focused on challenging the creative and political status quo. She is the inaugural Sundance Merata Mita fellow and has benefited from fellowships with the Sundance Institute, Nia Tero, Tribeca All Access, Firelight Media, the Princess Grace Foundation, the Native Arts and Cultures Foundation, and the Independent Film Project. Lacy continues to work on documentaries while expanding her intimate style of filmmaking into branded content and narrative spaces.

About the film: “RISE” is an exploration into the creative process, following native Hawaiian slam poet Jamaica Heolimeleikalani Osorio as her art is reinvigorated by her calling to protect sacred sites atop Mauna Kea, Hawai’i.

Screening: Included in Shorts Program 1 beginning January 28. Get the Sundance Explorer Pass ($25). You’ll be able to view the Indie Series, New Frontier, and Shorts programs on demand, all the time. With this pass, international audiences will be able to enjoy the New Frontier Program and three of our Indie Series programs. 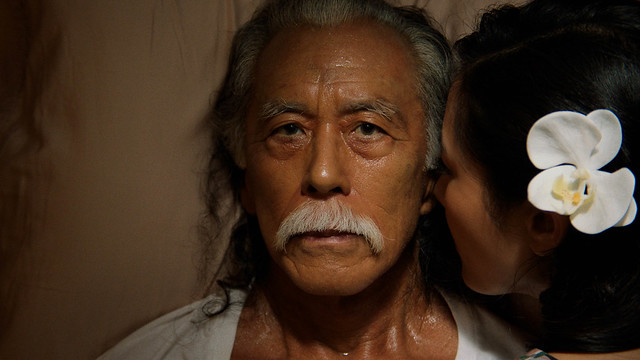 I WAS A SIMPLE MAN. A feature film directed by Christopher Makoto Yogi. Christopher is from Honolulu. His debut feature film “August at Akiko’s” had its world premiere at the International Film Festival Rotterdam and was listed in the New Yorker as  American film critic Richard Brody’s “The Best Movies of 2019”. Yogi has participated in the Sundance Directors and Screenwriters Lab, Catalyst, IFP Film Week, Film Independent Fast Track, New York Film Festival Artist Academy, and Berlin International Film Festival Talents.

About the film: “I WAS A SIMPLE MAN” is part dream, part family history. The rushing wind on the North Shore of O’ahu, Hawai’i, never stops. It constantly rustles the leaves outside Masao’s house, providing a balmy sonic backdrop. When Masao is healthy, his plants thrive; when a terminal sickness encroaches, the plants wither and die. The island’s ambient noises—the waves, the wind, the birds—thread through the film’s time-shifting chapters, from the pre-World War II sugar plantations of O’ahu to Hawai’i statehood to the present gentrification of Honolulu. The film feels both achingly intimate and incredibly expansive. Christopher’s restrained filmmaking grounds the film in Hawaii’s pastoral landscape, while match cuts and surrealistic editing alter time and space, connecting and disrupting past and present and one family’s relationship to their patriarch—and the place they call home.