PlayBuilders of Hawaii Theater company partnered with Hawaiian Mission Houses to create a play with Hawaiiʻs missionary decedents to acknowledge the 200th anniversary of the arrival of the first missionaries abroad the Thaddeus in 1820. Playbuilders commissioned playwright and missionary descendant  Marion Lyman-Merseau to write it. Of course, 2020 changed production plans, and the play was turned into a film through a massive community effort and support from local organizations. Tickets on sale May 20. Streams June 3-24, 2021. Ticket: $20, watch as many times as you wish. More info: Open Your Hearts Wide – PlayBuilders of Hawai’i

Kimo and Malia have very different opinions regarding early Protestant Missionaries to Hawai‘i. Kimo thinks they were selfless heroes who did wonderful things for the Kingdom of Hawai‘i and its people. Malia thinks they were entirely self-serving and acquisitive people bent on manipulating and profiting off them and their land.

While passing by the cemetery at Kawaiahaʻo Church, Kimo and Malia hear a beautiful voice emanating from the Hawaiian Missionary Houses Historic Site. They follow the voice and meet a friendly “Docent” who invites them to go on a tour. While being shown around the old buildings and quiet grounds, they continue to argue. But ghosts of both the early missionaries and the Ali’i appear and show and tell Kimo and Malia more than they ever imagined. The Docent helps them to zoom with missionary descendants to hear more–even Siri and Alexa chime in.

Perhaps history is not as black and white as they thought it was, but is actually much more colorful and complex. 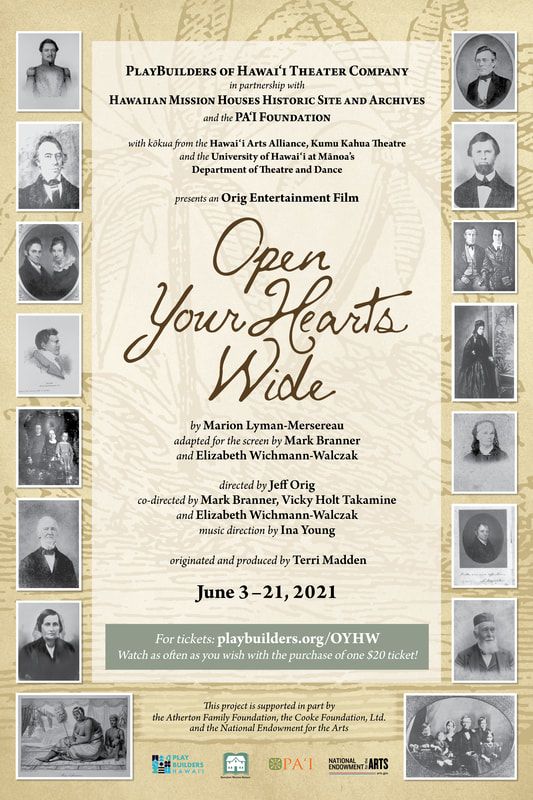